My Journey With IBS 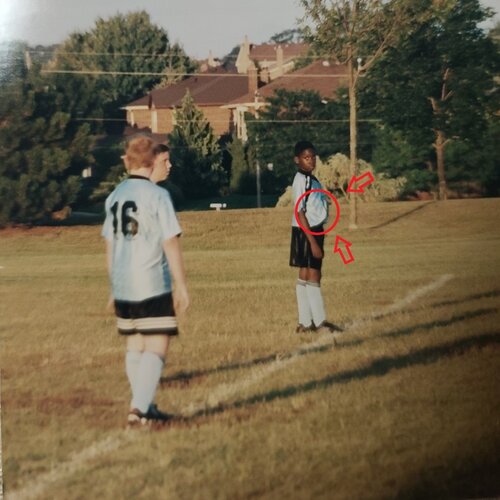 My Journey With IBS

My colon has declared war with my friends, family, and self for as long as I can remember. Its’ method of attack? Bloating, distension, urgency to defecate, and excessive gas. I’ve lived with these symptoms my whole life, but it is only in the past 2-years that I had a name for this enemy: IBS.

IBS is diagnosed when patients have regular abdominal pain over a 3-month period (or longer) that is related to changes in the appearance, frequency, or pain/relief from a bowel movement. Generally, doctors will rule out other conditions like Chron’s disease and celiac using scopes and CT scans before settling on IBS. While researchers are still searching for potential causes, there are some factors that appear to play a role:

Food eaten move either faster or slower through the gut.

Substances from food that are meant to stay in the gut leak into the bloodstream.

An imbalance in the types of bacteria that naturally occur in the gut.

Bacteria in food can cause food poisoning. In some cases, this has resulted in IBS after recovery from the initial infection.

IBS may result from a gut wall that is more sensitive to the natural movements that occur.

I have been poked & prodded by physicians at many points in my life while they tried to figure out where the gas, constipation, diarrhea, and frequent food poisoning were coming from. However, I have never been given any concrete answers, so I started investigating on my own. While cataloging my symptoms I realized that I have had different gut issues that go back to some of my earliest memories. One image that pops into my head is having serious pain, bloating, and constipation any time beans and weaners were on the menu in kindergarten. So, I recently decided to ask my mom when it all started.

As a baby my mom breast fed me, but like many mother’s, she was concerned that I was not eating enough. As a result, she would supplement breast milk with formula.  Let me preface, this next part by saying correlation does not equal causation. All I can say is that after my mom started giving me formula, I became a colicky baby (poor mom!). Yes, I was literally a cry baby; legend has it that I was insufferable, often having screaming and crying spells for hours on end with little hope of being soothed.

Fast forward to kindergarten. A blurry time memory wise however, some of the earliest visuals that stuck was me complaining about stomach pain. I must’ve made sufficient noise about it because I ended up in a doctor’s office where I was advised to skip the beans and wieners. Throughout my childhood I continued to run into gut trouble here and there with bouts of constipation that was best solved with a tall glass of prune juice. But back then I had more pressing concerns like trading Pokémon cards and playing bike tag (don’t ask).

My next major flare up would not happen until I started playing high school football. Besides the on-and-off bloating, I was otherwise a very lean kid. So lean in fact, that football was probably the worst sport for me to play.

After spending all of 9th grade getting crushed by 200 lb 17-year-olds, I made the commitment to gain some serious weight before the 10th grade. Input my coach’s genius idea: The Bigger, Stronger, Faster program.

His basic principle was, “drink milk and squat”. Now the squatting went well but after 5 glasses of milk in one-day, I was public enemy number 1 in the Boateng residence. I will spare you the gassy details, but let’s just say I had to open every window in the house and use ½ a bottle of Febreze. Sadly, this day was the first of many on route to being diagnosed with lactose-intolerance.

For the next decade, my symptoms were mostly under control. As along as I skipped beans and dairy, my intestines were generally happy. But two years ago, that suddenly changed. Maybe it was school stress? Or maybe it was one of several instances of food poisoning? Whatever the cause, I suddenly found myself waking up bloated every single morning. Worse yet, the bloating was accompanied by 4-5 bowel movements before noon. I had to plan my life around it. It made me late for meetings, I started pushing for afternoon appointments with clients, and I skipped out on morning sessions at the gym. After what felt like continuous bloating for 6-months, I saw a doctor, was poked and prodded again, and my diagnosis came in. I have IBS.

Mild to moderate pain in the lower abdomen often relieved after defecation.

Swelling in the abdomen is one of the most common symptoms. Bloating is often accompanied by an urgent need to defecate.

What a Dietitian can do to Help:

If my story resonates with you, there are several medical and lifestyle changes that you can make to reduce symptoms. Exercise, laxatives, and probiotics all help, but as a dietitian I focused on nutrition interventions. This is where I discovered the effectiveness of the low FODMAP diet.

In a nutshell, FODMAPs are types of sugars that are not completely digested or absorbed by our small intestine. These undigested sugars draw water and are fermented by bacteria that live in our colon. This process leads to bloating and gas that can cause much of the pain common in people living with IBS.

Eating low FODMAP means limiting your intake of foods where this fermentation process occurs until your gut feels better. To my surprise, after nearly 1-year of symptoms, the pain was gone within 2-days of changing my diet. Generally, people will follow a strict low FODMAP diet for 2-6 weeks.

Once my symptoms went away, the next step was reintroducing select foods and checking if my symptoms came back. This process takes careful planning and is often where support from a dietitian is critical.

Over time, I was able to put together a list of foods that are safe for me to eat and others I should avoid. This final step can look different for everyone as some people with IBS discover there are only a few foods that trigger symptoms while others have a longer list.

Since doing the research and treating my own IBS, I have had the pleasure of treating many clients who face these same challenges. Every time I propose the low FODMAP approach, it is at first a daunting change to make. I invariably get a look that says, ‘if you are asking me to avoid milk, bread, and blackberries, this better work.’ Thankfully, so far everyone I have worked with has had the same results I had.

For dietitians and nutritionist out there, what approaches have you used when working with IBS? For those living with IBS, what strategies have helped? Let me know in the comments below or feel free to email me for more information.

If you are living with IBS or would like to learn more Monash University has excellent resources.