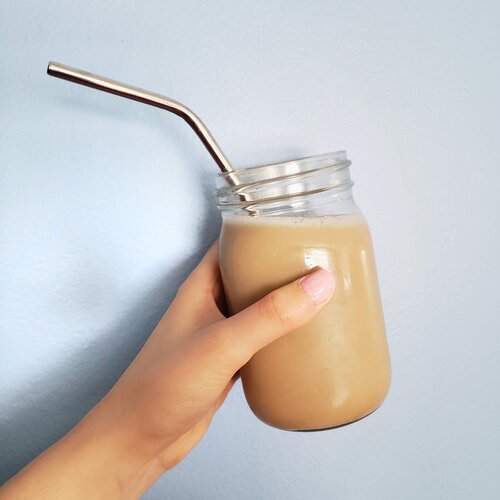 I think we all know at least one person who cannot function, let alone say two words without a morning cup of Joe. If I were to guess, you’re probably reading this with a coffee or tea within arm’s reach. It’s no secret that caffeine has the power to kick anyone’s brain into high gear. In fact, it is one of the most consumed dietary supplements in the world!

In the sports industry, caffeine is wildly popular amongst athletes and bodybuilders, as it is effective for increasing energy levels, improving alertness, and enhancing overall focus and concentration.

But before we get into the science behind it all, let’s dive into some background info about everyone’s favourite drug.

Also known as 1,3,7‐trimethylxanthine, caffeine is classified as a stimulant drug. Caffeine was said to be discovered first in 2737 BC by Chinese Emperor Shen Nung, by boiling leaves from a bush in water and producing the first pot of tea. Coffee was later discovered in the 9th century when an Ethiopian shepherd consumed wild coffee berries upon noticing his goats had an increase in energy after eating them.

Today, coffee and tea are the most prominent sources of caffeine. Since the 18th century, coffee has become increasingly popular. So much so, that there have been stereotypes created around it. One cannot picture a studious college student or a businessman in a suit and tie without coffee in a to-go cup.

According to Statistics Canada, coffee accounted for 80.6% of all the caffeine that Canadian adults consumed; tea and soft drinks make up 12.3% and 5.9% respectively.

What is Caffeine found in?

While caffeine is commonly known to be found in certain drinks and food, caffeine is naturally found in a variety of legumes and fruits. Here is a list of the most popular ones:

Something that is becoming increasingly popular within the sports industry is pre-workout supplements. Sometimes referred to as “pre-workout”, this supplement is designed to boost energy and athletic performance. The first time I had heard of pre-workout was on TikTok. There was a trend going around showing people taking a “shot” of the dry supplement before a challenging workout. Influencers claim it improves your fitness and gives you the energy to power through any challenging workout.

The most common ingredient? Caffeine.

The purpose of caffeine in pre-workouts is to create a state of alertness, focus, and increased energy. One of the functions of caffeine is to block the effects of adenosine; the neurotransmitter that relaxes your brain, giving off the feeling of tiredness. This blocking is also the reason why too much coffee can leave you feeling jittery or sleepless.

In a 2019 study conducted by researchers at the University of South Alabama, forty healthy men and women were given a pre-workout supplement to accompany their exercise over 6 weeks. Participants were examined to observe the effects on lean muscle mass, muscular performance, and personal experience working out. The results concluded that there were no improvements in performance or body composition, but their overall energy and concentration levels were significantly greater; showing that caffeine does boost energy. More research is needed to determine caffeine’s effect on strength-power performance, but there is a clear cognitive benefit.

Now you’re probably wondering, how much caffeine do I need? The answer: not as much as you think.

A scientific review based on caffeine and performance demonstrated that when consumed in low-to-moderate doses (~3-6 mg/kg body weight), sports performance is enhanced. With no enhancement in performance when consumed in higher dosages (≥ 9 mg/kg). This was demonstrated in a 1995 study done on 8 well-trained endurance athletes, each athlete was given capsules of placebo (fake substance) or caffeine (3, 6, or 9 mg/kg) one hour before they were asked to run until they could not anymore. Researchers found a favourable increase in blood markers at 3 and 6 mg/kg with no further increase when 9 mg/kg were ingested. In practical terms, a 60 kg athlete would need 180 mg of caffeine; that is about 500 ml of coffee or about one standard caffeine tablet. Taking larger doses may cause nausea or discomfort, especially if your body is not used to it.

In other words, less = more.

Caffeine is a practical and inexpensive stimulant to use as a way to boost energy and performance. But it is important to note that if you are feeling tired, you should not just mask it with pre-workout. Fatigue can be a sign that you are not sleeping enough, or that you may not be making the right food choices for an active lifestyle. While a cup of coffee might make you feel better, it may also mask more serious fatigue-related concerns like anemia. If you are feeling unduly tired during training, speak with a dietitian about both the merits of caffeine and the many other nutrition interventions that will help you perform at your best.